Most of us are aware that poor dental hygiene can lead to tooth decay, bad breath and even gum disease.  New 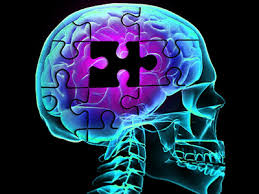 studies, however, are showing evidence that the consequences of poor dental health can be much more severe – with links to Alzheimer’s as well as other serious illnesses.

In 2010, researchers from New York University (NYU) concluded that there is a link between gum inflammation and Alzheimer’s disease, after reviewing 20 years of data on the association.

In 2013, UK-based researchers from the University of Central Lancashire (UCLan) built on the findings of this study, by comparing brain samples from 10 living patients with Alzheimer’s with 10 brain samples from people who did not have the disease.

Analysis showed that a bacterium – Porphyromonas gingivalis – was present in the Alzheimer’s brain samples but not in the samples from the brains of people who did not have Alzheimer’s. What was interesting was that P. gingivalis is usually associated with chronic gum disease.

The team followed up this research in 2014 with a new mouse study, the results of which were published in the Journal of Alzheimer’s Disease. Medical News Today spoke to co-author Dr. Sim K. Singhrao regarding the findings.

Dr. Singhrao says that there is sufficient scientific evidence to show that two of the three gum disease-causing bacteria are capable of motion (or “motile”) and have been consistently found in brain tissue.

“These motile bacteria can leave the mouth and enter the brain via two main routes,” he explains. “They can use their movement capability to directly enter the brain. One of the paths taken is to crawl up the nerves that connect the brain and the roots of teeth. The other path is indirect entry into the brain via the blood circulation system.”

In a patient who has bleeding gums, says Dr. Singharo, the gum disease-causing bacteria will enter the blood stream every time they clean their mouth and even when they eat food.

“P. gingivalis is particularly interesting as it has found ways to hitch a lift from red blood cells when in the blood stream and instead of getting ‘off the red blood cell bus’ in the spleen, they choose to get off in the brain at an area where there are no immune checkpoints. From there, they spread to the brain at their will. In addition, in older individuals, the blood vessels tend to enlarge and become leaky.”

“The published work confirmed P. gingivalis placed in the mouths of mice finds its way to the brain once gum disease becomes established first,” Dr. Singhrao concludes. “Furthermore, our hypothesis is strengthened by the recent results demonstrating that the chemicals released by the brain’s immune system in response to P. gingivalis reaching the brain ‘inadvertently’ damage functional neurons in the area of the brain related to memory.”

At Downtown Dental Group we are very thorough and work hard to establish a relationship with each patient to ensure that any signs of gum disease are caught early.  Regular dental checkups and dental hygiene are recommended as a part of a maintenance program.

For the majority of our patients a check-up and dental hygiene appointment every 6 months is recommended.  Depending on the person and their mouth they may benefit in coming in every 3-4 months – while for others, every 9 months or yearly is sufficient.   Everyone is different and their needs are different depending on a number of factors.  Our dental hygienists at Downtown Nanaimo Dental Group will be happy to advise you how often you should have a dental cleaning based on your individual situation.