How Safe is Teeth Whitening?

Rumors of teeth whitening products wearing away tooth enamel and damaging teeth are enough to cause anyone concern.  But is 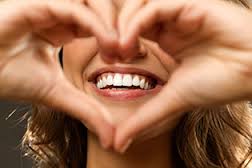 there any truth to concerns about the safety of teeth whitening?

In general teeth whitening has proven to be very safe and effective.  However, it is valuable to explore how rumors of the negative effects of tooth whitening began in the first place, as well as a few cautions on the topic.

What is whitening gel made of?

Since hydrogen peroxide can cause a chemical burn on the gums, dentists are careful to ensure the safety of gums and other sensitive tissues during the treatment.

Carbamide peroxide is the less intense of the two chemicals and therefore safer to apply. It is most often used in over the counter whitening treatments.

Potential side effects of whitening

Side effects can occur during whitening and can be made worse through improper use of whitening products.  Common complaints are tooth sensitivity and gum irritation.  Following directions carefully can help minimize these problems when whitening at home, but if either of these symptoms occur it’s important to pay attention.

Fortunately there are teeth whitening options for patients with even the most sensitive teeth. Options could include building the tolerance of teeth over a period of time with fluoride treatments or exploring whitening systems that work better for people with sensitivity.

Where do rumors that teeth whitening is unsafe come from?

It is true that it is not advisable for pregnant or lactating women to use teeth whitening products. Otherwise, the reported problems associated with teeth whitening usually result from the misuse of over the counter products. Ultimately, whether using a home whitening treatment or having an in-clinic treatment, the dangers should be very minimal.

Common cautions include: using a whitening product more often than directed, or leaving the solution on longer than the instructions recommend.

Another issue with whitening products comes from whitening material entering into an unfilled cavity or crack in the tooth. To avoid this scenario, make sure you have a check-up with your dentist before starting the whitening process.

Now that you understand how teeth whitening works and some of the associated issues and concerns, you can start comparing whitening treatments. Consider getting your dentist’s opinion on the best way for you to whiten and to check any dental health issues that could possibly prevent you from getting the best results.